Walt and I are in New York, and caught To Kill a Mockingbird, based loosely on the Pulitzer Prize winning book, which is standard reading in most high schools. Writer Edwin Bruell wrote, "To kill a mockingbird' is to kill that which is innocent and harmless."

The image of the mockingbird touched me deeply, as even a person harms us, isn't there still an innocent and harmless part of them in the back of their mind? In all truth, I had a really bad work meeting today. Someone I trusted, had admired for years, and I arrived at the meeting, naively vulnerable, and the meeting amounted to one hurtful, even aggressive, remark after another. I was stunned, by continued to engage, until the hour was up. I was mystified and a big shell-shocked.

I went to leave the office building. Suddenly, someone was calling to me. It was security guard, who asked, "How did the meeting go?" I teared up a bit, then said, "Not so well. He didn't like anything I said." The burly, smiling guard said  something kindly, but I don't remember what. I just remember his smile. I called Walt, talked, then pulled out my app and did three cycles. The helped, and put me at Brain State 2. How did I feel? On edge. What did I need? To walk back to my hotel. Did I need support? No, I was charged up and ready to go. So I hiked back to the hotel, my feelings washing over me and back to Brain State 1 or perhaps Brain State 1, with some leftover rumblings of Brain State 4 or 5. That made sense!

The reptile within appeared

It occurred to me that I could send off a message to the person, clarifying a point that I had bungled, but checked my body to see if that desire to write was based on a earned reward. Not a chance. It came from the reptile within me, the part of me that is chock full of harmful chemical surges!

I felt a bit better, and although the idea of the "clarifying" email was delicious, the product of the Brain State 4 and 5 chemicals. A few hours later, I watched the play, which was incredibly intense.  What came over me was the need for more clarity, to know what to do. So, I did a quick and easy Take Action Cycle, the one that helps with hard decisions about how to move forward.

The innocence of life, the mockingbird. . .

Then I was at a strong, deep One. As we walked back to the hotel on the rainy slick streets of New York City, with show lights flashing and heaps of trash clumped into piles everywhere, my mind turned to that mockingbird. . . It was a very good day after all. 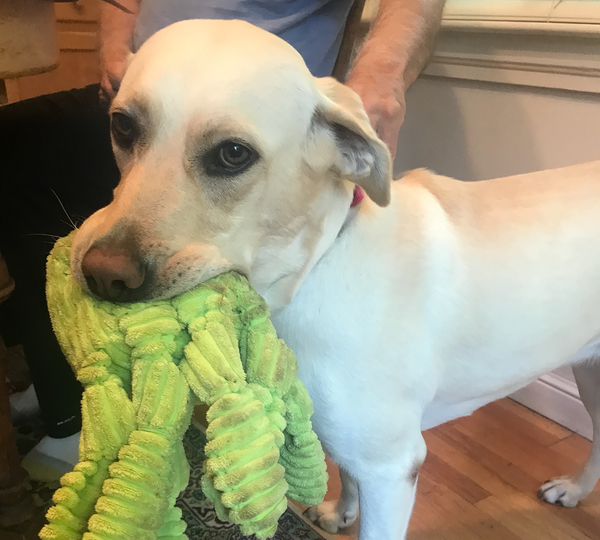 Walt and I have a beloved dog, Tammy, and her loving limbic brain is so dominant that she goes into stress overload really easily! How can we help her?

The foundations of health are natural: Commit to processing life just the way it is, and using your brain well, then exploring traditional healthcare as needed.