Something came up in my 7 a.m. telegroup this morning that I want to share with you. One group member did a rip-roaring, completely gorgeous Cycle (the powerhouse tool of EBT), and everyone in the group was feeling it! Inspiration was in the air, and the participant (let's call her Kathy) felt charged up and ready to discuss a sensitive issue with her boss.

The feelings and sensations my body were some tingling and a slight heaviness in my chest, a bit of fear perhaps.  That would make sense as Kathy had cycled through her feelings and cleared away her "merge circuit." (These circuits cause us to lose our boundary to another person activate anxiety.) Her anxiety had vanished and she had supreme clarity that she was going to speak up to her boss that day in support of her integrity. She couldn't "stomach" not sharing her truth.

What worried me was that she might not draw upon her negative emotions when speaking to him. That would be so unfortunate, causing her to flip from risk of being aggressive and ineffective and being passive and ineffective. That was not going to help her change the world! We ended up talking about the two types of emotions.

Beyond positive and negative emotions

Emotions are seen through a completely different lens in brain-based health.  In non-BBH parlance, feelings are grouped into positive or negative. In BBH, they are classified based on physiology or "brain states."  Emotions can be positive or negative, but what matters most is the stress level of the circuit that activates them.

If we have not done enough Cycles to detoxify the emotion, the reptilian brain is lurking and the person we're speaking to can feel it. The  allostatic emotion pulsate! They are driven by allostatic circuits, so we're guaranteed to be harmful, either associated with reactively (think being "triggered") or chronically (the underpinnings of cancer, diabetes and heart disease).  If we're cleared that stress, the emotion is homeostatic and driven by a healing and balancing circuit, a homeostatic wire that's associated with well-being.

I said,"Kathy, you have de-activated that stress wire. The hostility in your voice is gone and you are planning to talk with your boss, take those risks that he could stop liking you or even fire you, but you are doing it anyway because of a higher order reward, integrity.

"You're at Brain State 1, but I'm worried that you may be reluctant to express your grounded, safe, but possibly intense negative emotions."

It's an emotion's "stress juice" level that matters

Most of us have been taught not to be angry. That's ridiculous!  Anger is a protest against harm. If we can't find out strength to be angry, we risk being passive, gutless worms! Once the anger has had the excessive cortisol removed from it, we can use our grounded negative emotions to help make the world a better place. What's the absolute best way to reach people? It's to flicker between a Brain State 1 and the elevated emotions, such as hope, forgiveness, and compassion, and Brain State 2  and the grounded negative emotions such as anger (rather than hostility), sadness (rather than depression), fear (rather than anxiety or panic) and guilt (rather than shame).

When Kathy goes to talk with her boss later today, she will need to be at One, so she is sensitive to the changing emotional environment that is integral to any meaningful discussion. When we are sharing out truth with another, the brain of the person opens up to the light of those elevated emotions, but it really takes notice when we are grounded in negative emotions. If her boss cannot hear her negative emotions through her vocal tone, facial expressions and words, his survival brain will not light up enough with fear to take her seriously – and possibly change based on the conversation. After switching off the cortisol gush of stress, thereby decreasing the excessive "stress juice," being in touch with her negative emotions was essential to her success.

I said,"You are not at 4 or 5 now. You're at One, with those elevated emotions, but allow them to be  grounded in Brain State 2. Do not fear your negative emotions, once you've grounded them by doing a few Cycles."

As we parted at the conclusion of the group session, each person spoke briefly of their accomplishments and challenges of their EBT practice. One member said that his challenge that day was to reflect on that dynamic duo of the Brain State 1 and 2 flickering throughout her day.

You might want to bring to mind a moment when that dynamic duo of grounded negative emotions was flickering with the higher order emotions of purpose. What a fabulous state – and the solid emotional foundation for making the world a better place. 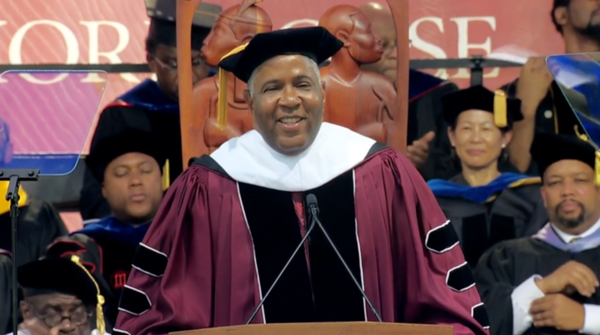 Robert Smith presented an extraordinary gift to graduating students, but the brain gives him rewards beyond happiness. It ensures that he continues to find new challenges and rewards him with JOY. 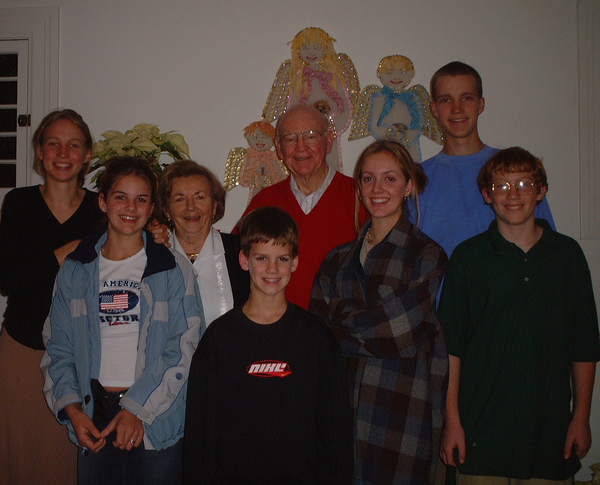 Behind each moment of grieving is immense joy. Evolutionary biology delivers sadness to motivate us to cycle down and release that pain, clearing the hurt, and ensuring that we become wiser and stronger.